Back for the fifth year, the Italian Film Festival Cardiff (IFFC) offers yet another impressive array of UK Premiere films. We are very pleased to return to the amazing venue of Penarth Pier Pavilion, hosting the only Cinema on a Victorian Pier in the whole of the United Kingdom, and where our Festival opens on 14th November in collaboration with SnowCat Cinema. We will then move to Chapter Arts Centre, our screen-home away from home, where the Festival continues for the whole three days of the weekend (15th to 17th November).

“As in previous years the programme includes independent feature films and a selection of some of the best work of Italian animation, most of which are UK Premieres. Overall we are very proud of two big novelties. First and foremost, the great Welsh artist and Italophile Ivor Davies has generously agreed to be our patron, and second, we have become an awarding competition: the only competitive festival of Italian Cinema in the United Kingdom” says artistic director Luca Paci. “This year we wanted to pay homage to #IYL2019: The International Year of Indigenous Languages, set up by Unesco for 2019, as well as to the important issue of migration, with a wide variety of representation in both long-features (documentary and fiction) and shorts. The names of our main two awards, the Awen Award (Best Film) and Canfod Award (Best Documentary), pay homage to the rich artistic culture and language of Wales. The festival ends on Sunday 17th with the IFFC Awards ceremony and a special surprise screening in Chapter, which we will reveal in due course” adds artistic and managing director Luisa Pèrcopo.

We open the Festival with three UK Premieres. Francesca Archibugi’s Vivere (Living), straight from the Biennale del Cinema di Venezia, is our opening feature. Set in Rome, this is a light eulogy to life, warts and all. Winner of Prix Spécial du Jury at Annecy Film Festival, Effetto Domino by Alessandro Rossetto is a poetically infused yet sombre outlook on the effects of global economy on the Veneto region, and Daniele Lucchetti’s surreal comedy Ordinary Happiness sees beloved Italian actor Pif, who came to Cardiff two years ago to present his film at the Festival, get an extra hour and a half on Earth to dedicate himself to what really counts.

Friday in Chapter we fly from Rome to Bucharest with Chiara Malta’s playful narrative debut Simple Women, in which, as Variety puts it, a “90s indie star plays an unflattering and fabulous version of herself in this agonizer about fandom and need.” Italian minority and migrant languages are given prominence in most of our films. Francesca Oliviero’s gem, Arbëria about a young woman in search of her cultural identity and Paolo Zucca’s hilarious comedy The Man Who Bought the Moon foster the use of Arbarësh and Sardinian respectively to enrich their narratives.

A selection of short animations from the prestigious Animation School in Turin (Centro Sperimentale di Cinematografia – Animazione) opens our Saturday screenings dedicated to Animation and will continue with the UK premiere of Monica Manganelli Butterflies in Berlin, to finish with two very different stop-motion stories: Massimo Ottoni’s Corckscrew and SugarLove by Laura Lucchetti.

Laura Lucchetti’s critically acclaimed drama Twin Flower and Phaim Bhuyan’s witty romantic comedy Bangla look at the issue of migration from the perspective of two adolescents. These multi-awarded, coming of age and suitable for all, films are beautifully shot, dynamic, funny and poetic at the same time. Migration, love and friendship are also strong themes in Simone Catania’s Drive Me Home, starring Marco D’Amore (Gomorrah’s Ciro) and Vinicio Marchione (Romanzo Criminale) in very different roles from the ones that made them internationally famous.

Sunday is a big day for IFFC19 as we reveal the winners of our six awards in the Award Ceremony at 19.00 followed by our Surprise Screening on Sunday night. The winner of the Canfod Award, the best documentary, will be revealed at the end of next week and screened at a Special Awarding Screening on Saturday afternoon.

This year we are very proud to screen three fully F-Rated films, and another three in which female protagonists are very strong leads. Among these, we have a soft spot for multi-awarded Dafne by Federico Bondi, a portrait of a witty young woman with Down syndrome who is a spring of contagious energy.

In keeping with the Festival’s commitment to stay at the sharp end of Italian cinema, most films have only just been released in Italy. Encompassing drama, adventure and comedy, many with surreal atmosphere, this year’s films have been created by Italy’s most talented stars including director Luca Miniero and actor Massimo Popolizio for the Rome-set black comedy I’m Back on Benito Mussolini’s imaginary return, based on the German film Look Who’s Back, on the return of Adolf Hitler.

Matteo Rovere’s historical drama film Romulus and Remus: The First King is Italy’s first colossal of the third millennium. An absolute gripping revision of the myth of the birth of Rome and the tale of the twins suckled by the She-wolf.

The IFFC 2019 is delighted to welcome some of the films’ actors and directors to take part in Q&A sessions with the audience and an Industry Event round table with local producers and cinema professionals. Guests include actress Roberta da Soller, protagonist of Effetto Domino, composer Marco Testoni, directors Francesca Oliviero, Simone Catania, Luca Miniero, Laura Lucchetti, Enrico Lando. 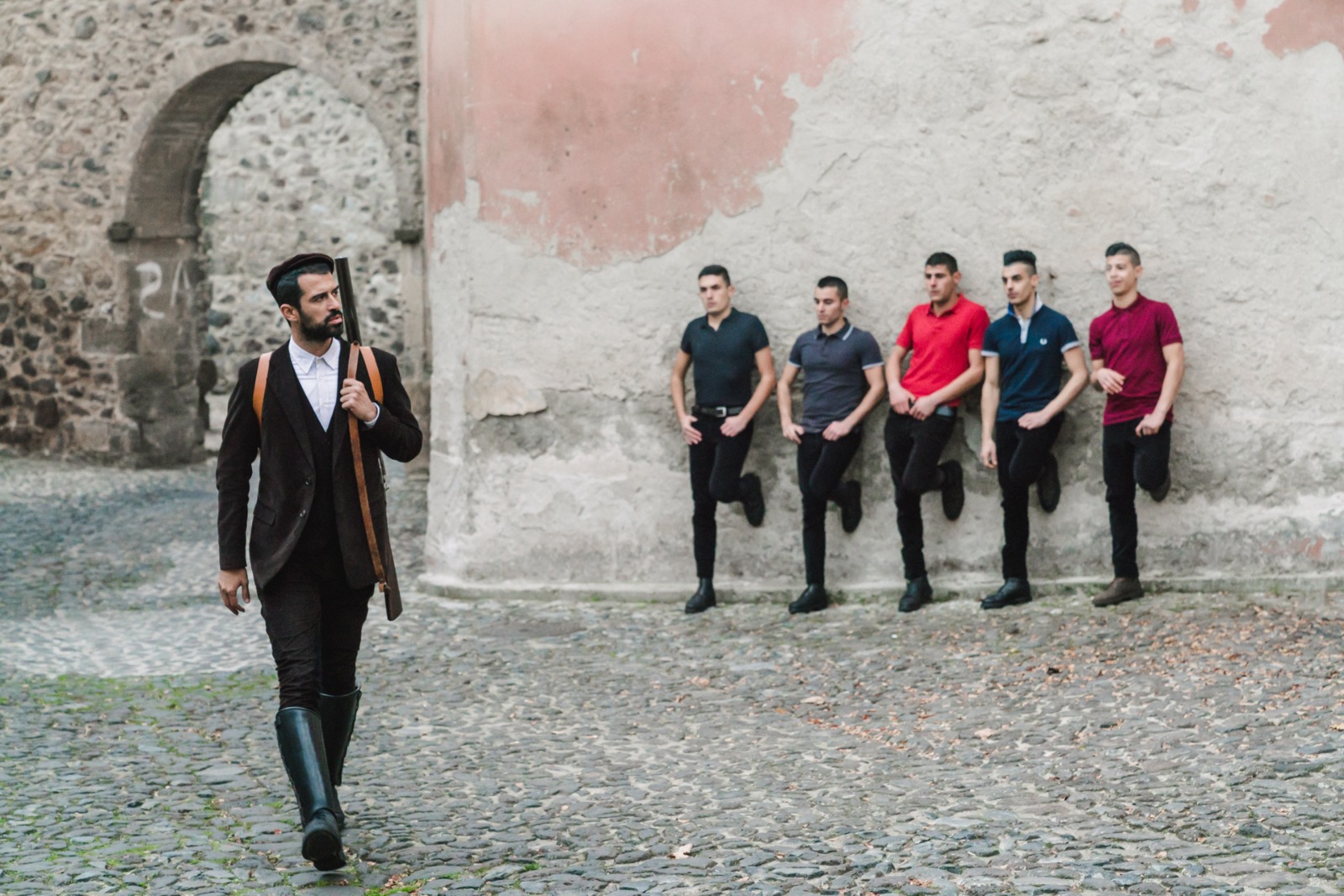 The Man Who Bought The Moon + Q&A

Romulus and Remus: The First King